The demand for airborne sensor pods is growing significantly to meet the need of demonstrating and utilizing new ISR sensor technology.

As reported by The Drive by Joseph Trevithick

Mysterious Pod Carried By Air Force Reaper Drone That Crashed In Romania
The MQ-9 drone that went down in Romania recently was carrying a pod similar to one on another U.S. Reaper that crashed in Syria.

A U.S. Air Force MQ-9 Reaper unmanned aircraft that crashed in Romania last week was carrying a pod that appears to be similar to one that was under the wing of another one of these drones that came down in Syria nearly two years ago. Even now, this pod remains something of a mystery.

The MQ-9 in question smashed into a farmer’s field approximately three kilometers (approximately 1.86 miles) south of the Romanian Air Force’s 71st Air Base in Campia Turzii on July 14. The cause or causes of the incident, which the Air Force confirmed and said was under investigation, remain unclear.

Subsequent imagery from foreign media outlets of the effort to recover the wreckage of the Air Force MQ-9 and remove it from the field in Romania that appeared on social media this past weekend revealed that Reaper had been carrying a somewhat boxy-looking pod with a built-in pylon when it went down. Open-source intelligence enthusiasts on Twitter quickly noticed the similarities between the pod from the crash in Romania and the one in Syria in 2020. In the latter instance, two Reapers had actually gone down, reportedly after colliding with each other, as you can read more about here.

Despite there having been a very public explosion in the development of podded systems for the MQ-9 in recent years, driven in large part by efforts by the manufacturer General Atomics and various Reaper operators to work to ensure the drone’s continued relevance in future higher-end conflicts, this pod is not readily identifiable.

Just some of the podded systems that General Atomics is offering now as options for the Reaper or is in the process of integrating onto those drones. General Atomics
There are a number of publicly known podded systems for the reaper that feature integrated pylons, such as the Scalable Open Architecture Reconnaissance (SOAR) pod and the Sledgehammer electronic warfare pod, both from L3Harris. There is also the NATO Pod, a modular design capable of being configured to carry a variety of intelligence, surveillance, and reconnaissance (ISR) sensor payloads, from Spain’s SENER Group.

From left to right, a picture of the SOAR pod, a rendering of the Sledgehammer pod, and a picture of the NATO Pod. L3Harris/General Atomics/SENER Group
The pod has a somewhat similar shape to the SOAR pod, which has been seen in use on General Atomics-owned Reapers operating under contract to the U.S. Air Force and flying from bases in Poland in the past. However, SOAR, as well as Sledgehammer and the NATO Pod, all appear to have shorter front ends compared to the pods seen in the wreckage of the Romania and Syria crashes.

In addition, the front end of the pod recovered after the incident in Romania, which is much more intact than the Syria one, shows three distinct panel lines on top. SOAR lacks that paneling structure, and also has very distinctive panels on either side that do not appear to be present in this case.

A close-up of the front end of the pod that was on the Reaper that crashed in Romania on July 14. screen capture via Twitter
A similar close-up of the front of a SOAR pod. L3Harris
The possibility has been raised that this pod may be a variation on the U.S. Air Force’s modular AgilePod or the Ultra Group Rosetta Echo Advanced Payloads (REAP) pod, both of which are modular multi-purpose designs, but every known example of those two systems does not feature an integrated pylon. The same goes for the Agile Condor artificial intelligence-driven targeting pod, which is just notably smaller than the one seen here, too. Beyond that, the panel lines on the known versions of these podded systems that we’ve seen are again distinct from what is visible on the pods seen in the wreckage from the Romania and Syria crashes, too.

An AgilePod. AdamWorks, Inc.
A REAP pod under the wing of an MQ-9. General Atomics
It is, of course, possible that there are versions of the AgilePod or REAP, or a similar design, with integrated pylons that we have not otherwise seen. At the same time, it is also known that there have been a number of classified podded systems that various entities within the U.S. government, including the Air Force and the Central Intelligence Agency (CIA), have employed on the MQ-9, as well as its predecessor, the MQ-1 Predator. A secretive airstrip on the edge of Yucca Dry Lake in Nevada, situated within Area Six of the Department of Energy’s Nevada National Security Site, has been notably tied to the testing of modifications and the integration of unique sensors and other payloads onto Reapers and similarly-sized drones over the years, possibly in cooperation with the CIA.

A number of these classified pods are known to provide beyond-line-of-sight (BLOS) communications relay and data-sharing functionality, enabling the drones to provide imagery and other information to various command and control centers more directly even while conducting extended-range missions. Others were designed to detect and geolocate radios, cell phones, and other communications systems at least in part to support targeted strikes against terrorists and militants.

Podded communications and data-sharing and geolocation capabilities certainly made sense in the context of the Syria crashes in 2020. U.S. MQ-9 operations in the western end of that country, where those crashes occurred, are almost exclusively associated with monitoring and conducting targeted strikes against members of Al Qaeda’s franchise there and other terrorist groups. That the pod contained one or more sensor systems, such as a signals intelligence suite or a small radar with synthetic aperture imaging functionality, remains a distinct possibility, as well.

Limited and somewhat conflicting formation about what the Reaper that crashed in Romania was doing at the time makes it difficult to glean additional clues about the pod’s purpose from this more recent incident. After the drone went down on July 14, Romanian Minister of National Defense Vasile Dincu said that it had been taking part in a training exercise at the time, according to local television news network Digi24. However, U.S. Air Forces in Europe (USAFE), the service’s top command in the region, later told Overt Defense simply that it had been flying “a routine mission in support of operations in the region.”

“In addition to exercising ISR capabilities, the MQ-9s will support Agile Combat Employment concepts, fly freedom of maneuver missions and integrate with joint and coalition forces in the region,” the Air Force had said regarding Detachment 1’s expected missions in the region when it activated this unit. “While in theater, the MQ-9s may also participate in exercises that ensure interoperability with allied and partner nations.”

“The newly activated squadron contains MQ-9 aircraft and Airmen, who are responsible for providing dominant, persistent attack and reconnaissance capabilities while working with other U.S. Air Force assets,” the service said separately about the 731st Expeditionary Attack Squadron when it stood that unit up.

It had seemed likely at the time that the 731st had taken the place of Detachment 1, but USAFE’s statement would seem to indicate that this was not the case.

It is definitely possible that the MQ-9 that crashed in Romania last week was taking part in an exercise or some other kind of training activity. The U.S. military had already begun to step up its presence in the country, which is a NATO member, before Russia launched its all-out invasion of Ukraine in February. Since then, the alliance’s overall force posture has only become more robust to deter any further Russian aggression. Training between member state militaries has also increased as a result.

At the same time, a slew of U.S. and other NATO ISR aircraft, manned and unmanned, have been flying regular missions near the alliance’s various borders with Russia, as well as over and around the Black Sea. It’s unclear exactly how significant the contributions of U.S. Air Force MQ-9s have been to this overall effort, but they have been involved. In January, one of the service’s Reapers was tracked online flying a Black Sea mission from Naval Air Station Sigonella in Italy.

In addition, it is well established that the U.S. government has been providing a variety of intelligence, including actionable information, to its Ukrainian counterparts. This has reportedly included details relating to Russian ship movements and other maritime activity in the Black Sea, which may have contributed in part to the sinking of the Russian Navy’s cruiser Moskva in April.

All told, we can’t say for sure what the MQ-9 that crashed in Romania was doing at the time or what the exact purpose of the pod it was carrying might be. At the same time, it is certainly interesting that a Reaper equipped with a secretive system that also appears to have been in use over Syria in support of targeted strike operations has now been seen flying in the Black Sea region at a time of extremely heightened tensions between Russia and NATO.

For more information about any of our news articles or events we attend, please feel free to contact us at inquiries@adamworksinc.com. 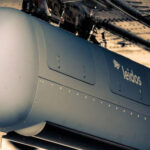