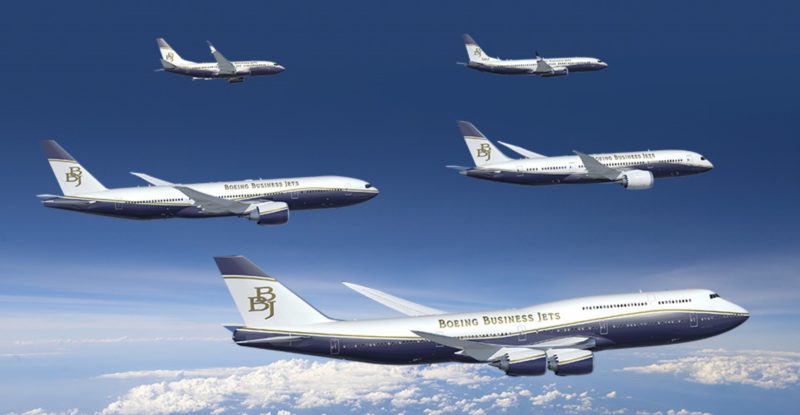 By Chris Kjelgaard, as published in RUNWAY GIRL NETWORK.com

Readers are well aware there is a lot of activity in the antenna radome sector right now. We know that firms such as Carlisle, L-3 ESSCO, CPI Radant, Meggitt Polymers & Composites and AdamWorks are eager to carve out market share alongside (and in some instances in partnership with) big name incumbents Saint-Gobain and General Dynamics. So too is Lufthansa Technik, which, as previously reported, has secured EASA and FAA supplemental type certification for its new Two-In-One-Solution (TIOS) Ka-band radome for the Boeing Business Jet (BBJ) 737-700 and BBJ2 737-800. Now Lufthansa Technik tells RGN that it intends not only to increase its manufacturing of tail-mounted radomes for executive aircraft, but also to develop fuselage-mounted radomes for large commercial aircraft.

“We’re looking at all the markets [and] we’re very interested in offering [radomes] for commercial aviation,” says Andrew Muirhead, Lufthansa Technik’s VP product division original equipment innovation. “We see a lot of opportunities because of the rollout of connectivity in the commercial-airline space. We’re also talking to a number of customers in the business-jet market, because there is significant development in connectivity there too.”

Referencing LHT’s plans for offering fuselage-mounted radomes up to and including radomes for widebody aircraft, Muirhead says, “We have the engineering capability and the production facilities – it makes a lot of sense.”

Lufthansa Technik makes all its TIOS radomes in a facility at the company’s main campus at Hamburg Airport. The shop contains what LHT thinks may be the largest autoclave operated by any non-OEM MRO company. LHT originally used the autoclave and shop purely for repairing composite parts such as radomes, nose cones and engine cowlings, but “we had some autoclave capacity left over.”

When LHT consolidated all its original equipment manufacturing under one roof at the beginning of 2014, Muirhead’s division asked itself, “Can we economically make radomes here?” Upon looking into prototype development and manpower resources for its TIOS Ka-band radome, LHT realized it could provide in-house “a very competitive offering – we were able to put a competitive offering out there.”

Muirhead says LHT can continue to grow its radome-manufacturing business without having to expand its facility. “We have got access to additional shop space [in the existing facility] so we have got plenty of room for expansion of the business without needing to move to another building,” he says. Also, “The autoclave isn’t operating at full capacity. We can build a lot of radomes in one go,” by curing entire batches at the same time in the existing autoclave. “It would take some seriously large contracts” before LHT needed to add another large autoclave to cure increased numbers of radomes.

One important driver LHT sees for potential demand for its radomes is customer “dissatisfaction with what is currently offered” by others, says Muirhead. “A common thread among potential customers [with which LHT converses] is dissatisfaction with the quality of what is being delivered” by other manufacturers. But because LHT is “very concerned” to ensure “the quality of the product that goes out the door” is high, “we think there’s good potential there” for sales of LHT-manufactured radomes.

Although Lufthansa has now begun installing Inmarsat GX Ka-band connectivity systems in more than 250 A320-family and A320neo-family aircraft it has in service or on order, LHT isn’t manufacturing their antenna radomes, though “we are building some of the hardware inside the aircraft,” Muirhead notes. When Lufthansa issued the request for proposals (RFP) for Lufthansa’s A320-family fleet, LHT’s radome-manufacturing business wasn’t developed enough to let it bid. Says Muirhead:

It’s a bit unfortunate. It would be very different if the RFP had been issued at the stage we are now.

Honeywell previously told RGN that Saint-Gobain is providing the radome for GX. LHT, meanwhile, is watching the connectivity market closely, to try to divine as much as possible about the future technological direction for satcom antennas and radomes. Describing LHT’s present research activities as “early R&D”, Muirhead says, “We’re doing quite a bit of homework – we’re figuring out what scenarios might be best. We’re looking to see where satellite technology is heading for providing global Internet … the method of delivery, and how do signals get into aircraft in aviation, and other industries. That may influence in the long run how antennas are operated on aircraft.” Additionally, “In Europe, also, air-to-ground is very interesting.”

While recognizing that more and more connectivity providers are jumping into the inflight connectivity business, Muirhead’s own belief is that “the market might sort itself out in the next one to two years”. He says:

My gut feeling is there will be a bit of consolidation among providers and some new technologies will come in and play a role, particularly as pressure is increasing to give connectivity away for free.

Additionally, major technological changes may well occur in the antenna-and-radome market in the next few years, Muirhead believes. LHT’s new TIOS Ka-band radome itself provides an example: the company’s own engineers “had a stroke of brilliance regarding the transmissivity and weight requirements” early in 2016.

LHT began the supplemental type certification (STC) process in March and obtained the initial BBJ STCs in December. “Really the production method and how the layering is done [is what] gives us the transmissivity for Ka-band,” says Muirhead. That’s what’s really giving us the big advantage.” He confirms that “some, at least, of the layering is to do with carbon-fiber composite” material.

Beyond even this breakthrough, LHT continues “to look at other materials that make up the antenna, and other technologies to reduce weight”, says Muirhead.

“In the next five to ten years, I think there’s a chance there are going to be some major changes” in how aircraft receive satcom signals. He even can foresee the possibility that the antenna could become an integral part of the fuselage: “I can see that happening … there may not be, in that sense, a radome,” at all.

In the hour immediately preceding his call with RGN, Muirhead attended an internal LHT meeting which discussed “a roadmap for [manufacturing] structural and other components too”. “But we’re not that interested in ‘me too’ components,” manufacturing already-commoditized parts, he says.

“Our focus is right across the board, but [only on] where we can really value-add. All the products in our portfolio are really driven with that in mind – we focus on innovation to provide a significant improvement over what is out there.” For instance, one area LHT thinks may offer excellent product opportunities is “digital business models”, says Muirhead. “We have a lot of data here and we are looking at how we can use it for predictive maintenance, etc.”

For more information about any of our news articles or events we attend, please feel free to contact us at inquiries@adamworksinc.com.